Get fresh music recommendations delivered to your inbox every Friday.

by The Soulless Party 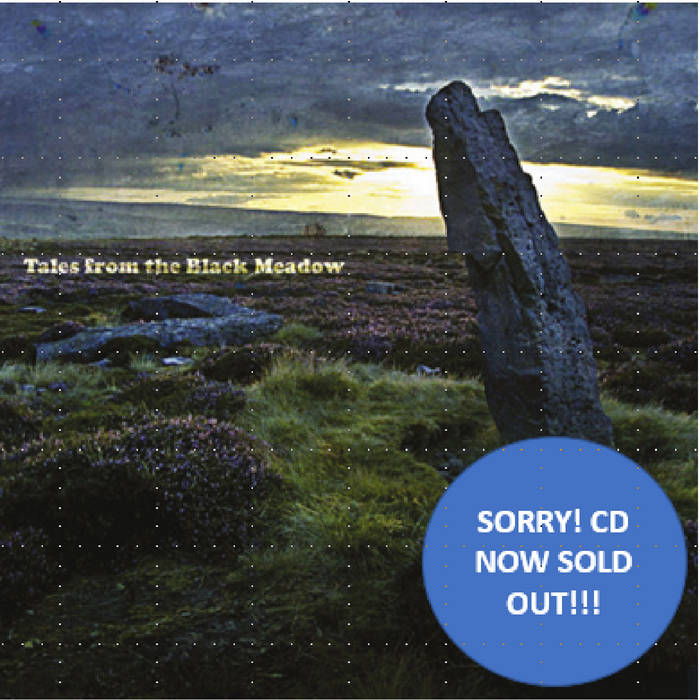 The Bentley Emerald Learning Resource Wonderfully unsettling album ! Some time ago, whilst cycling to Mundesley, I rather abruptly discovered that I experience an irrational and uncontrollable terror when in the presence of spherical structures. This album takes me there, albeit from the safety of my own armchair.

Tales from the Black Meadow
**SORRY CD NOW SOLD OUT!!!**

"Tales From the Black Meadow takes this idea one step further, providing an actual CD of music to accompany the stories. All but one track is named after one of the tales and the music of each complements its narrative counterpart.The slight scratchy crackle of the music effectively dates it, making it sound as though it could have been copied from a vinyl record from the '70s. ... atmospheric precision..."
Andrew Marshall - Starburst Magazine

"Listen to Tales From The Black Meadow and be introduced to the strange and wonderful world of Hammer Horror, of British Folklore, of Radiophonic Scores and things that go bump in the night. A delirious and delicious mystery…"
Forest Punk

"An irresistibly evocative title that no budding hauntologist could rightly ignore.."
The Active Listener

"To me, it easily sounds like the opening to a television show from the late 70's. I can see the title card and the credits appearing over gently revolving images...One could still listen to the record and have a sense of the supernatural and the uncanny; dark foggy nights can be heard in the muted tracks. Little details give the songs on Tales from the Black Meadow their spooky spice, such as the soft crackling on each track, giving it the feel of an old vinyl record..."
Fascination with Fear

"Tales From The Black Meadow is one of the best releases we had this year, with ten marvellous compositions to state it.."
Music Blob (Blog)

"If you enjoy a bit of Folklore, Poetry, A Mystery on the moors, 1970s kids TV and some very lovely haunting music, then this book and CD are an absolute must.."
Keith Seatman - Test Transmission

When Professor R. Mullins of the University of
York went missing in 1972 on the site of the area
known as Black Meadow atop the North Yorkshire Moors,
he left behind an extensive body of work that provided a great
insight into the folklore of this mysterious place.

Mullins, a classics professor, had a great interest
in Black Meadow, in particular its folklore and
spent many years documenting its history and
tales that were part of the local oral tradition.
In his office, his colleagues found over twenty
thick notebooks crammed with stories and
interviews from the villages around Black
Meadow.

Some of these stories seemed to be from
the legendary disappearing village itself and
provided some vital clues as to how the
phenomena was interpreted and explained by the
local populace.

In 1978, Radio 4 produced a now rare documentary
about the folklore,mystery and tales surrounding the Black Meadow area.
It also featured music specially commissioned to accompany the programme.
This music has recently been unearthed by the Mullins Estate and carefully isolated for your listening pleasure.

These stories, poems and songs have also been
gathered together to capture the unsettling
nature of the Black Meadow.
Do not listen to this on your own at night and make
sure you shut your windows. Listen for the
stamping feet of the horsemen, avoid the gaze of
the Watcher in the village and do not walk into the
mist.

All music tracks written and produced by K.Oyston (For the Soulless Party) ©2013

Except
* 10 written/produced by R.Boggild/K.Oyston (For the Soulless Party)

* 13 written/performed by C.Lambert (For MFZ and The Soulless Party)

* 18 written/produced by R.Boggild (For The Soulless Party)

* 19 written/produced by D.Heath (For The Soulless Party)

All tracks mixed and mastered by Chris Sharp

"The Curse of the Black Meadow" - Written and Produced by C.Lambert for MFZ and The Soulless Party
Edited by K.Oyston

Buy the book - 'Tales from the Black Meadow' written by Chris Lambert from Amazon:


Go deeper in to the mystery of the Black Meadow:

Chris Blackburn, Phil Boggild, Warren Ellis, Chris Sharp, Matt Davies
and a big thank you to Bob Fischer for letting us spook the locals of the North York Moors on BBC Radio Tees...

In 2013 the album 'Tales from the Black Meadow' was released.

And now January 31st 2020 will finally see the release of the epic ‘The Black Meadow Archives: Volume 1’.
This will be a vinyl album/download and of course a book.
This will be released on the ‘Castles in Space’ label.

Bandcamp Daily  your guide to the world of Bandcamp